First Issue of Mixx Zine. Mixx Publications was the company that would later be known as Tokyopop. They even had a magazine named Tokyopop (which I have a few copies that I’ll be scanning the covers and some ads from)

In this first issue there were 4 manga titles: Sailor Moon, Magic Knight Rayearth, Parasyte and Iceblade.

In Sailor Moon, the name for Usagi Tsukino was changed to Bunny – a literal translation. In the anime by DIC, her name was Serena. A little “Did You Know?” you can tell your friends.

Ads in this issue are:

This issue was on newsprint – similar to the Japanese manga publications. In Issue 2 and after, the magazine switches to a glossy paper for the manga pages.

The subscription card mailer states that a year’s subscription is $24.95 but they don’t mention how many issues you will be getting. That’s odd.

I scanned the credits page so you can see who was involved in this ground breaking issue. My sister loved this magazine. I imagine a lot of people first got exposed to manga through this magazine being at Barnes and Noble or Borders. —WAY before they became manga libraries with the manga herds just stuck in the manga section. (This isn’t a library folks! <shakes fists> Buy it!)

Check out the musical shout-outs in this credits page. Such fun.

The reader survey has some interesting questions and selections: 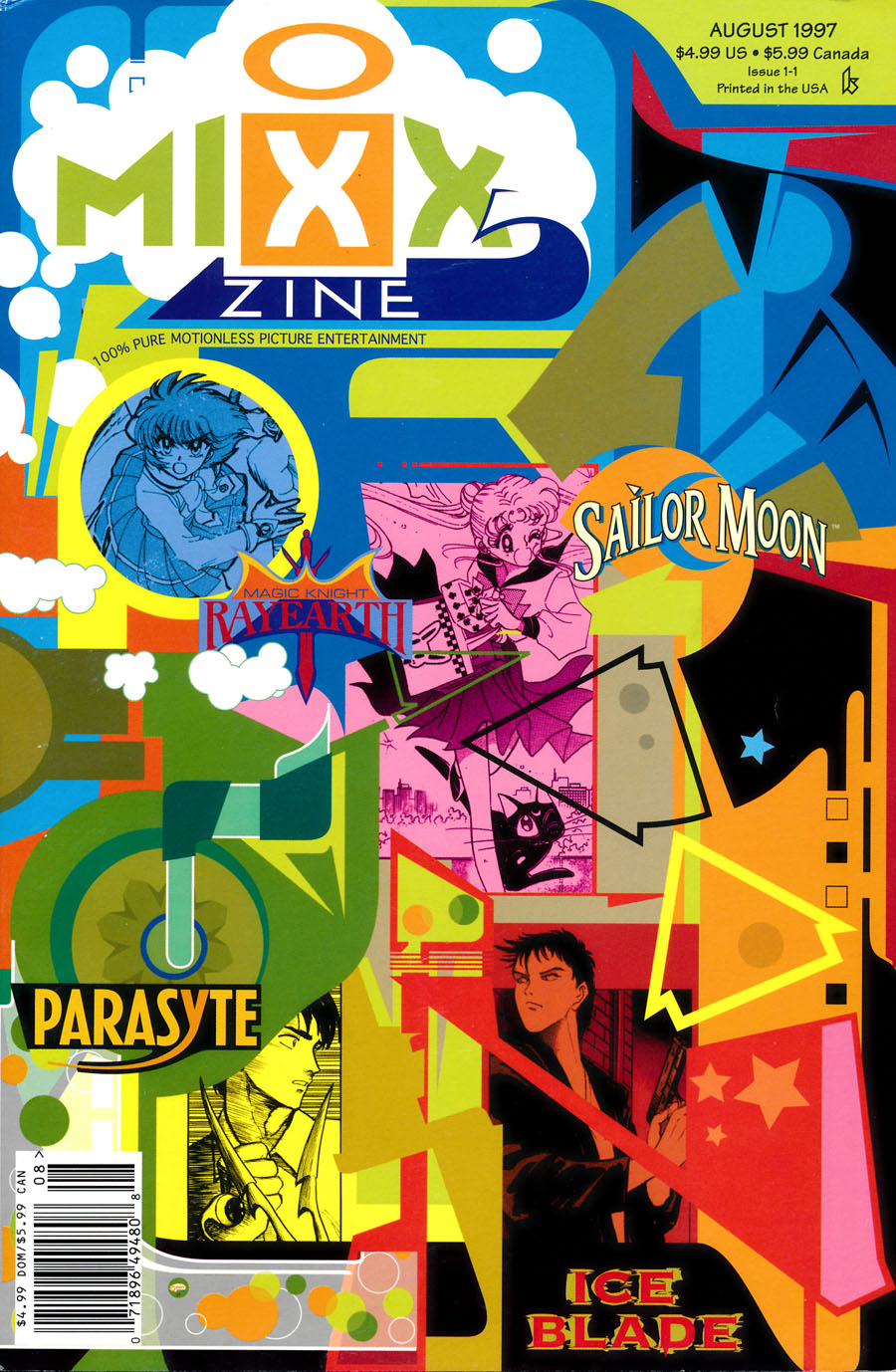 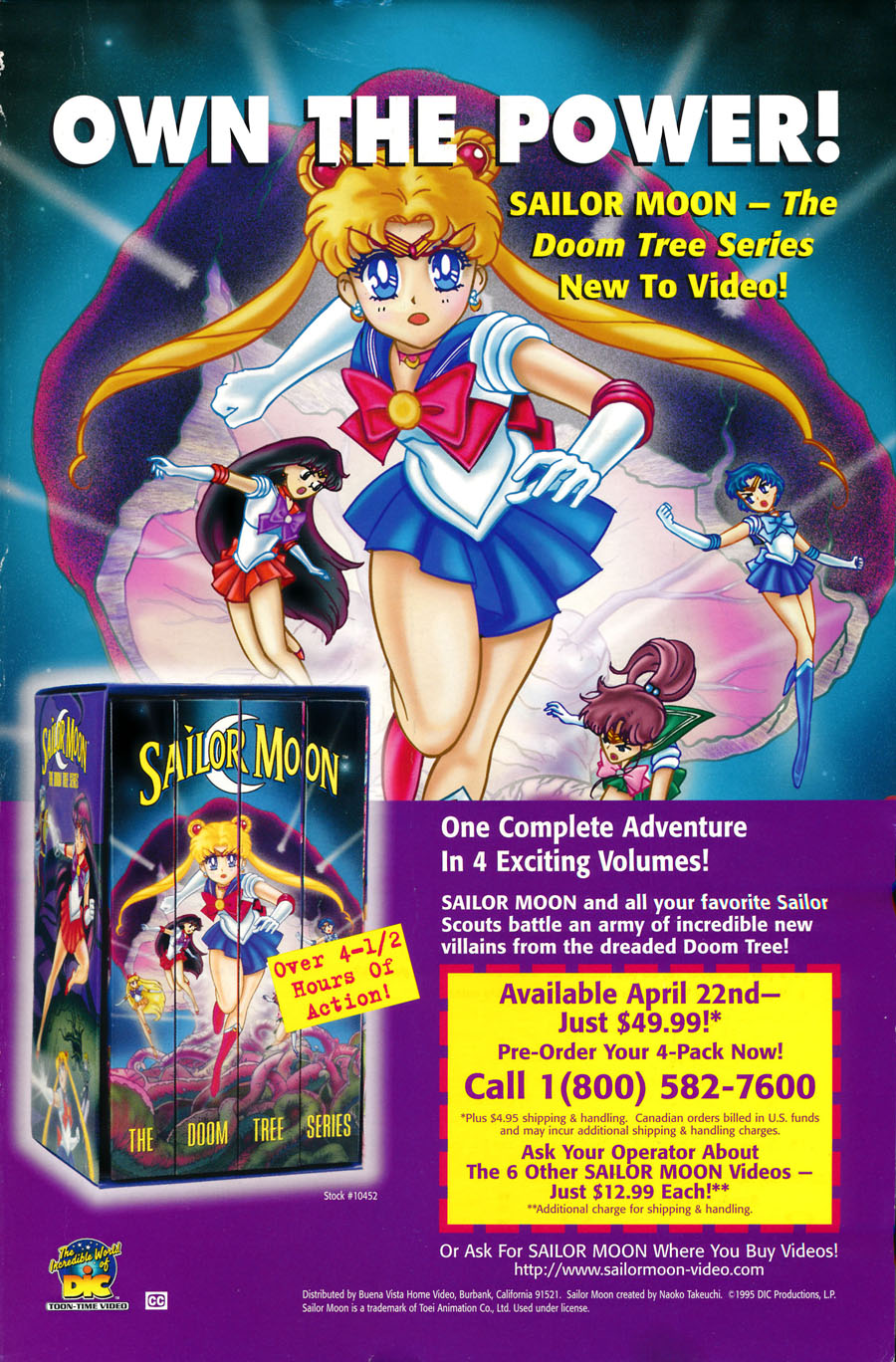 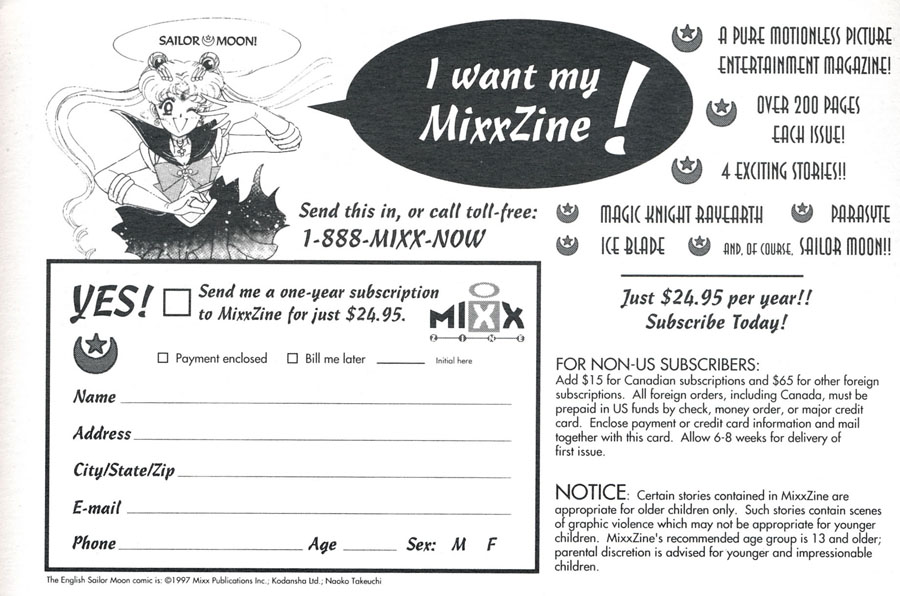 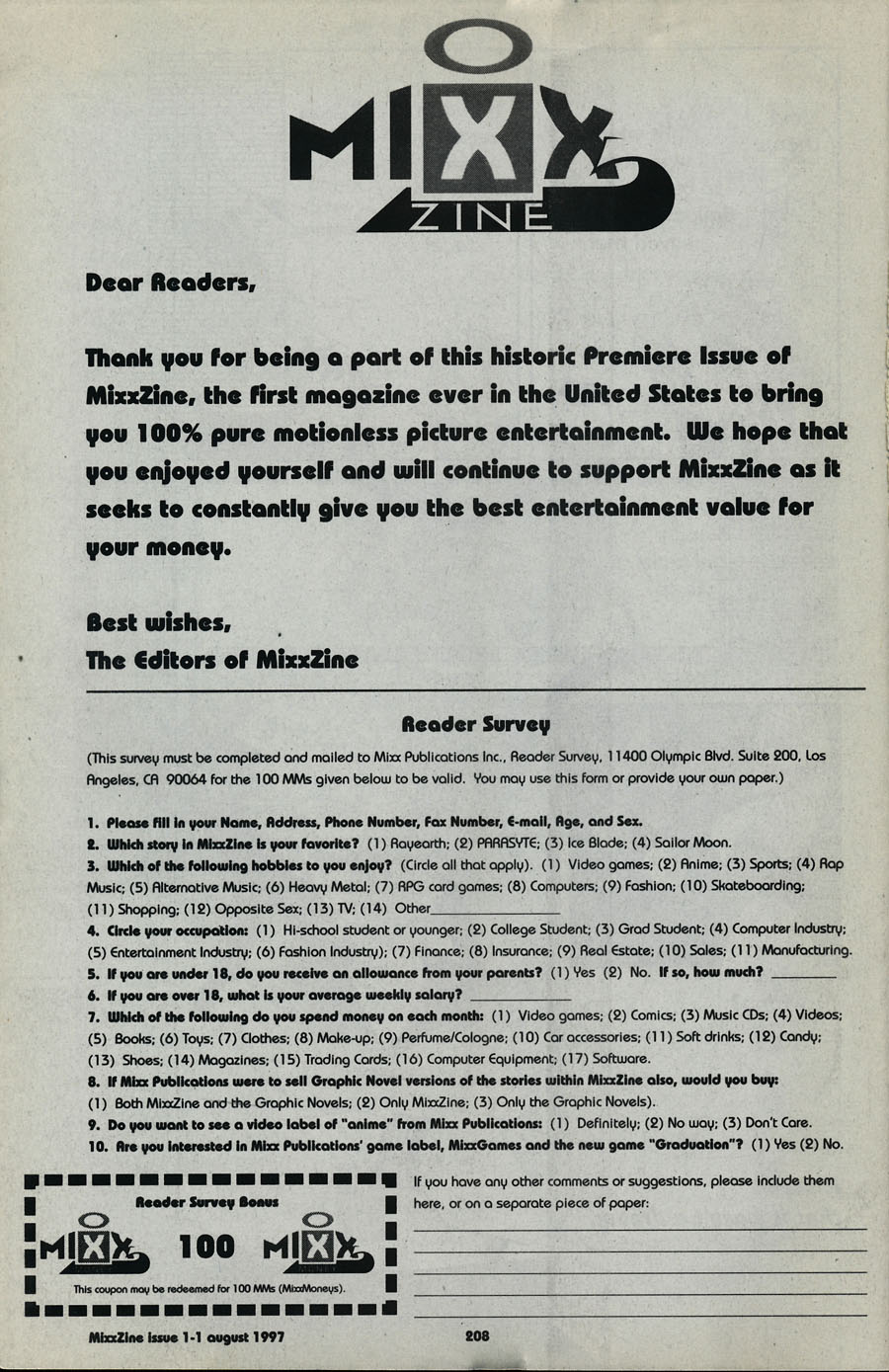 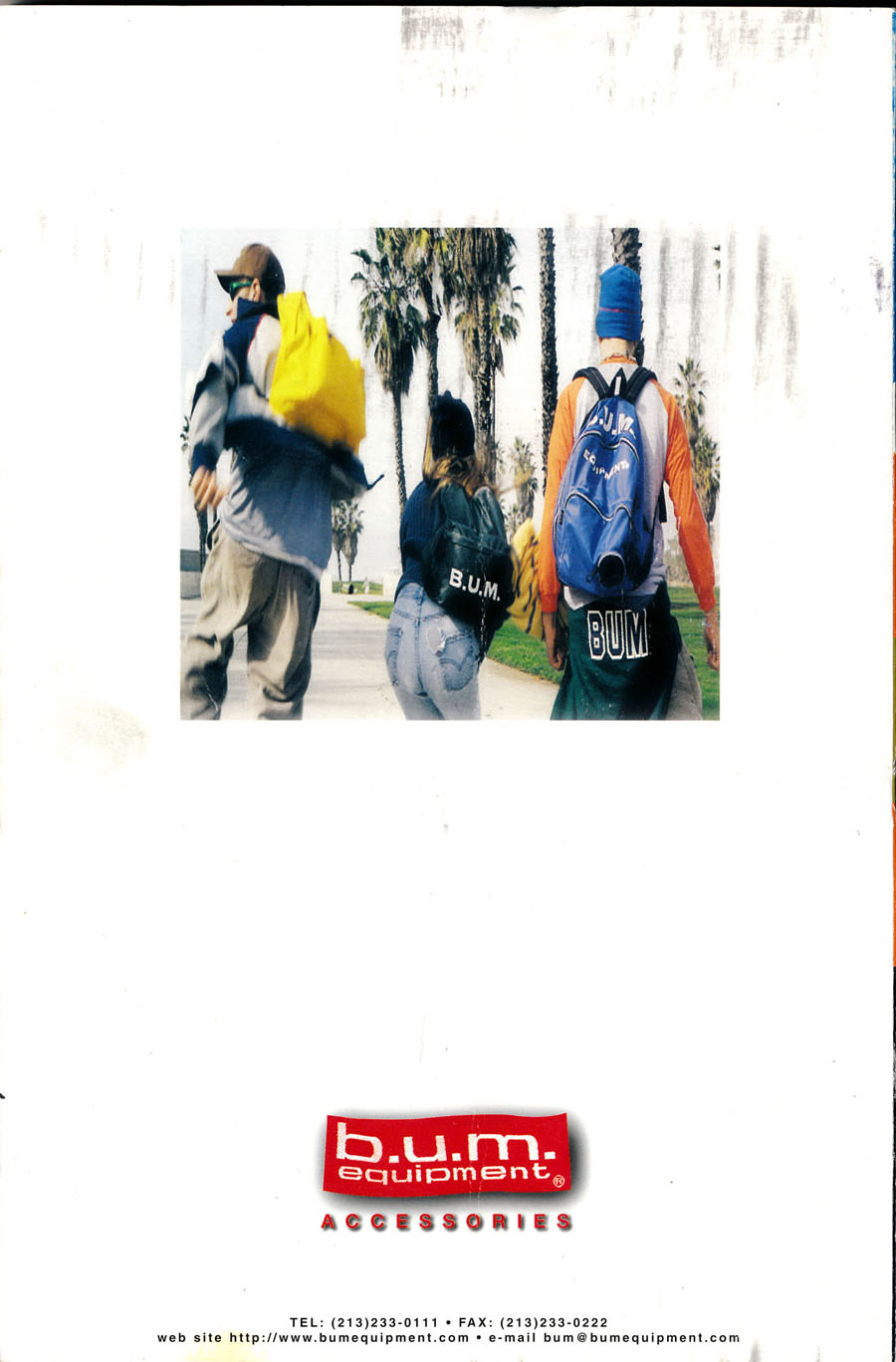 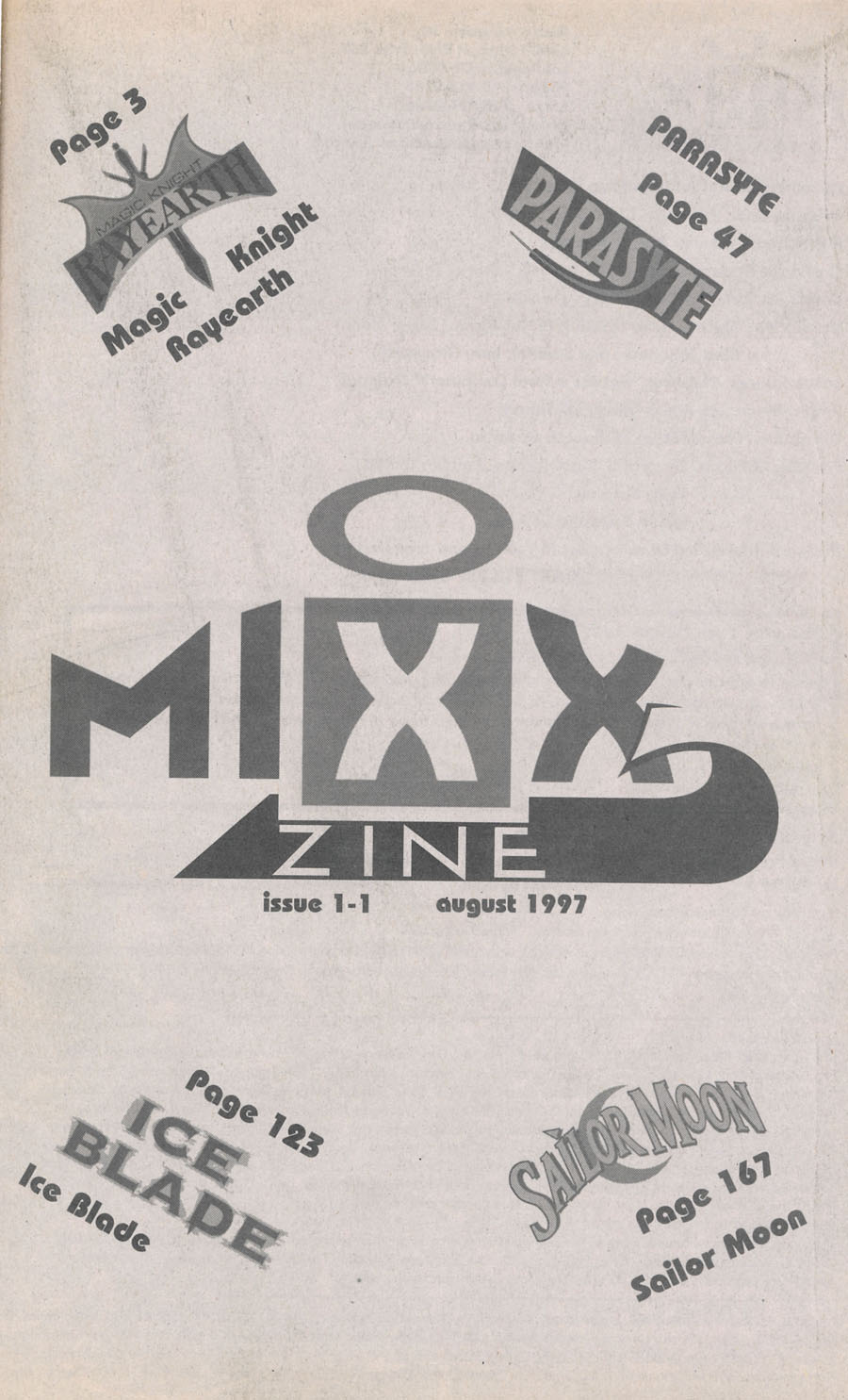 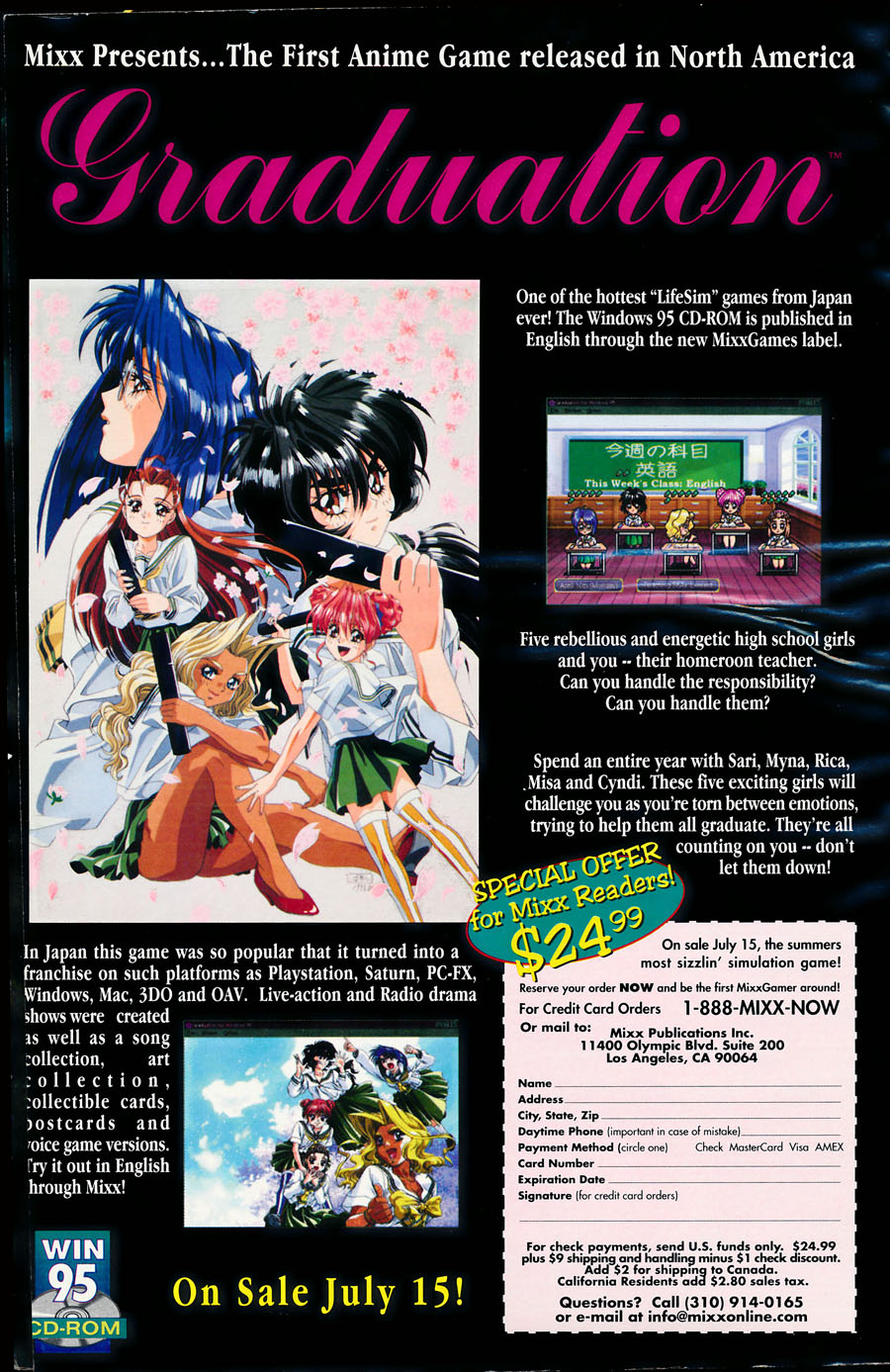 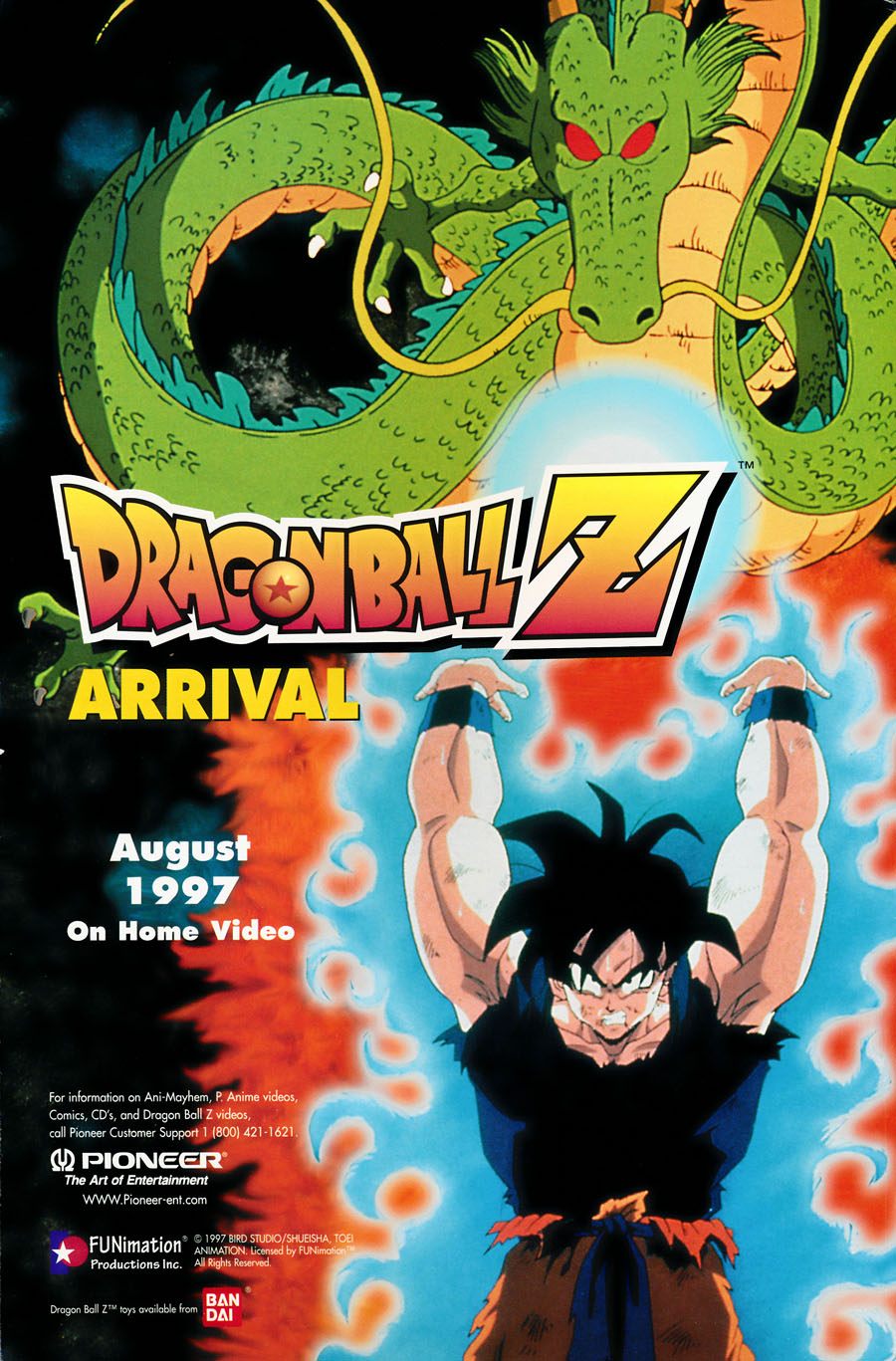