Not a whole lot of commentary from this issue. There was a cover feature article on Kiki’s Delivery Service and the works of Hayao Miyazaki. I scanned the editor page for a piece on Akira Kurosawa, who passed away that year in 1998. Now, on to the ads: 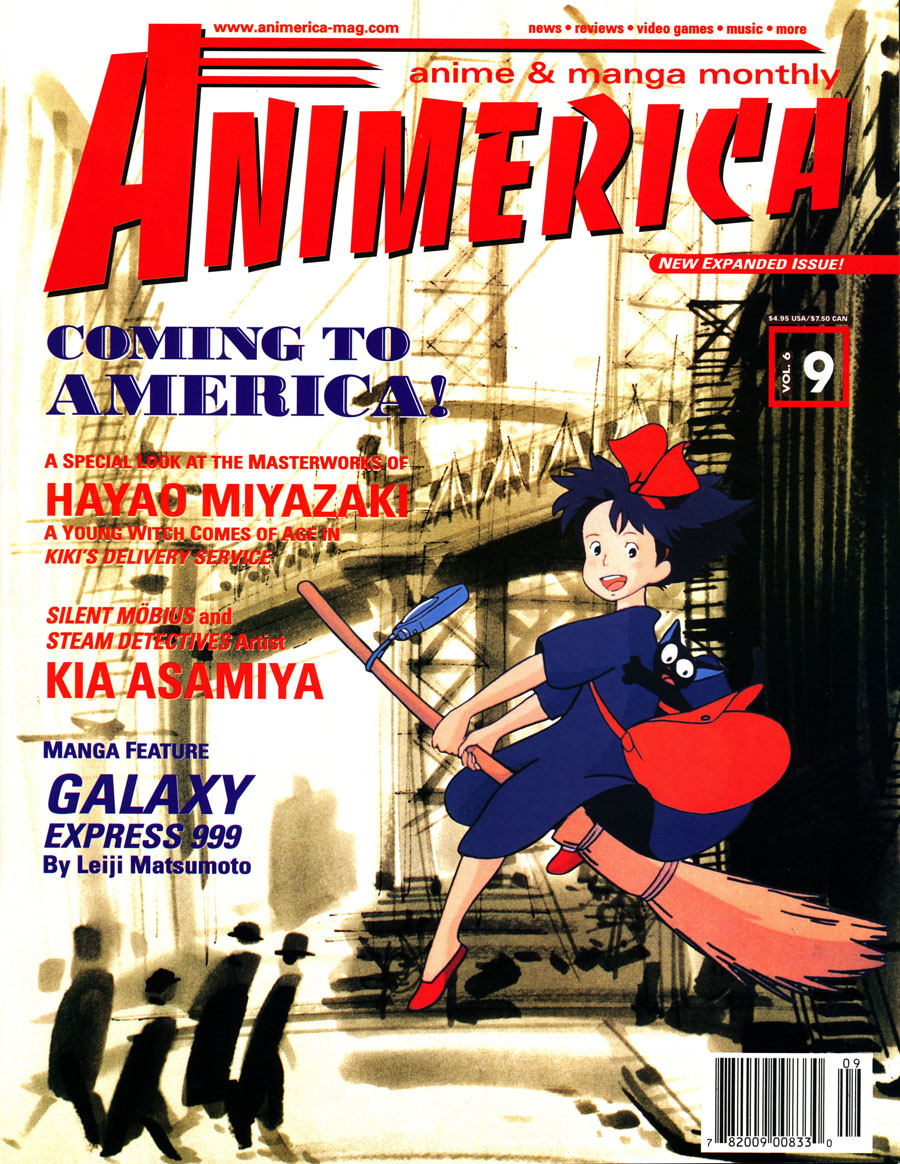 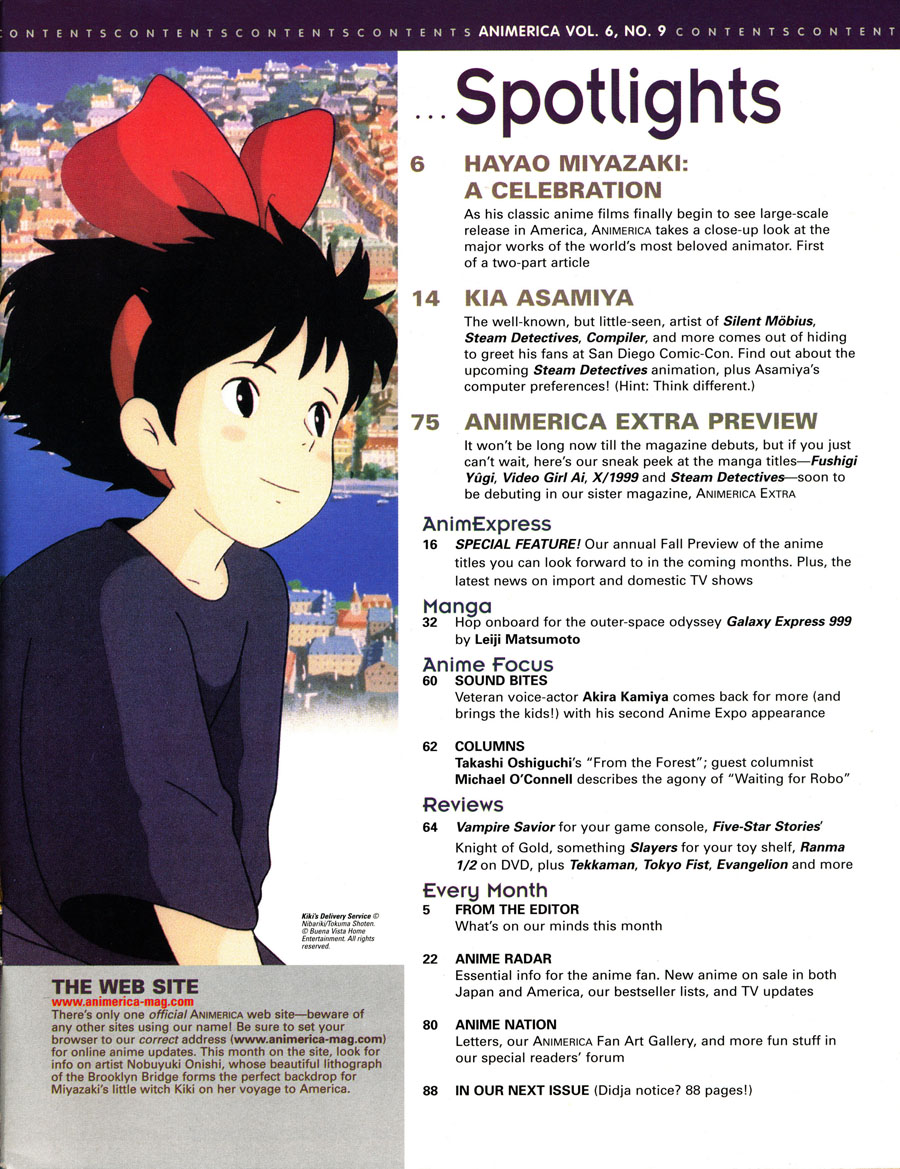 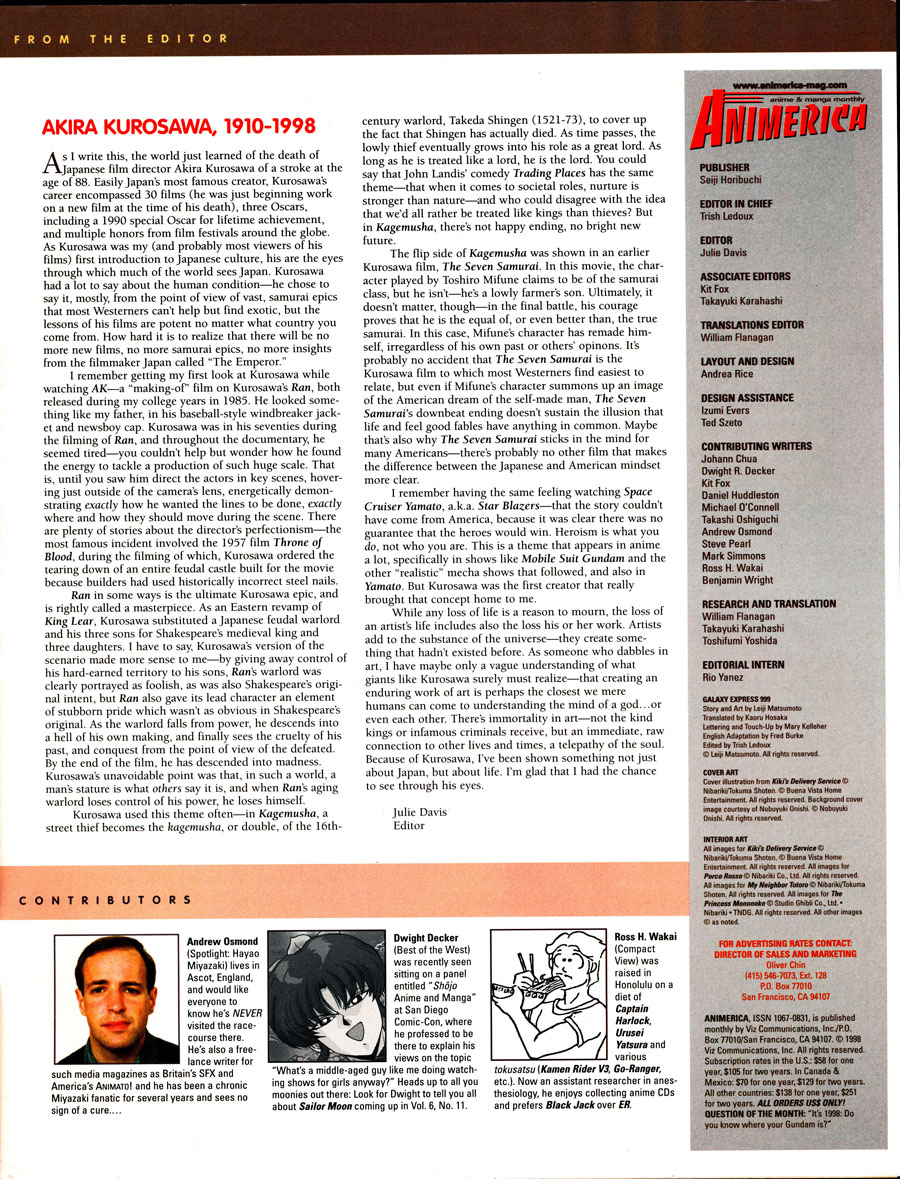 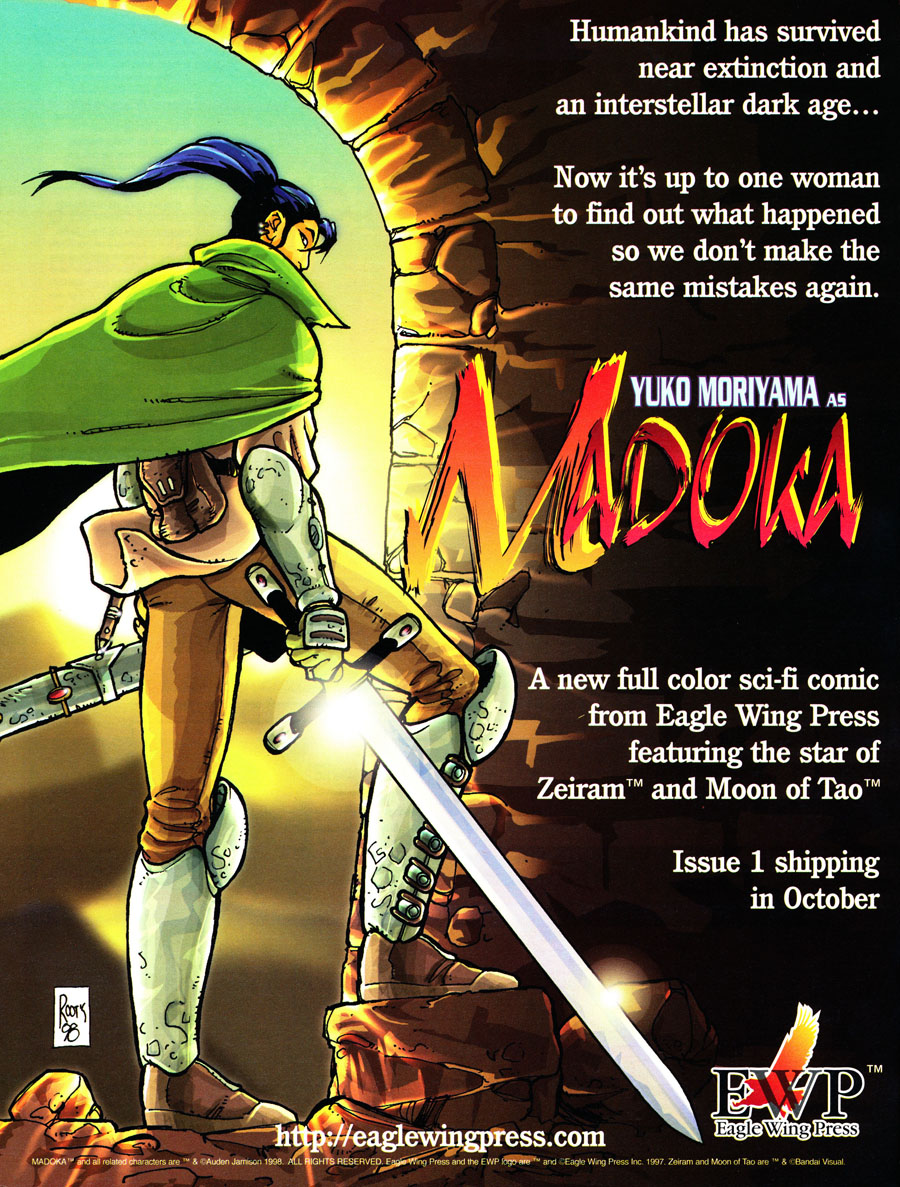 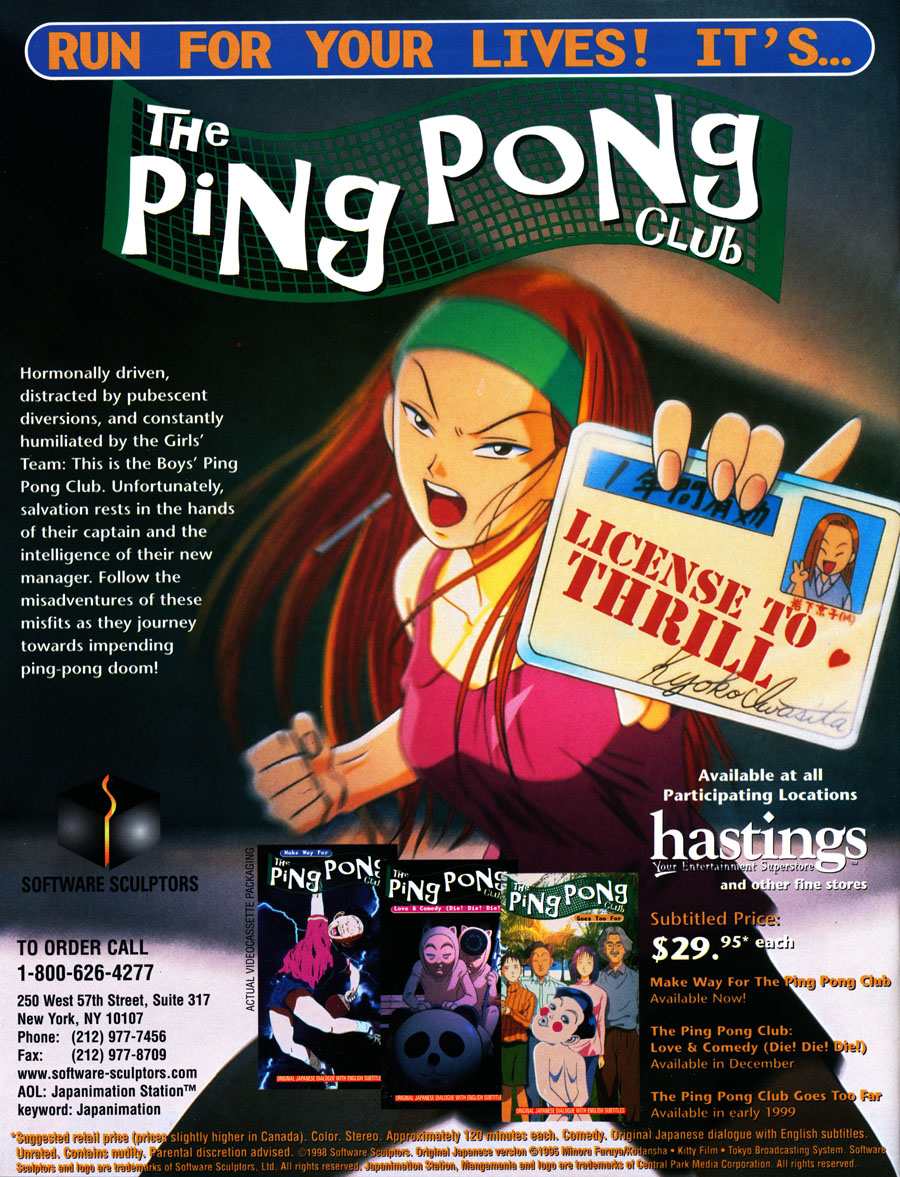 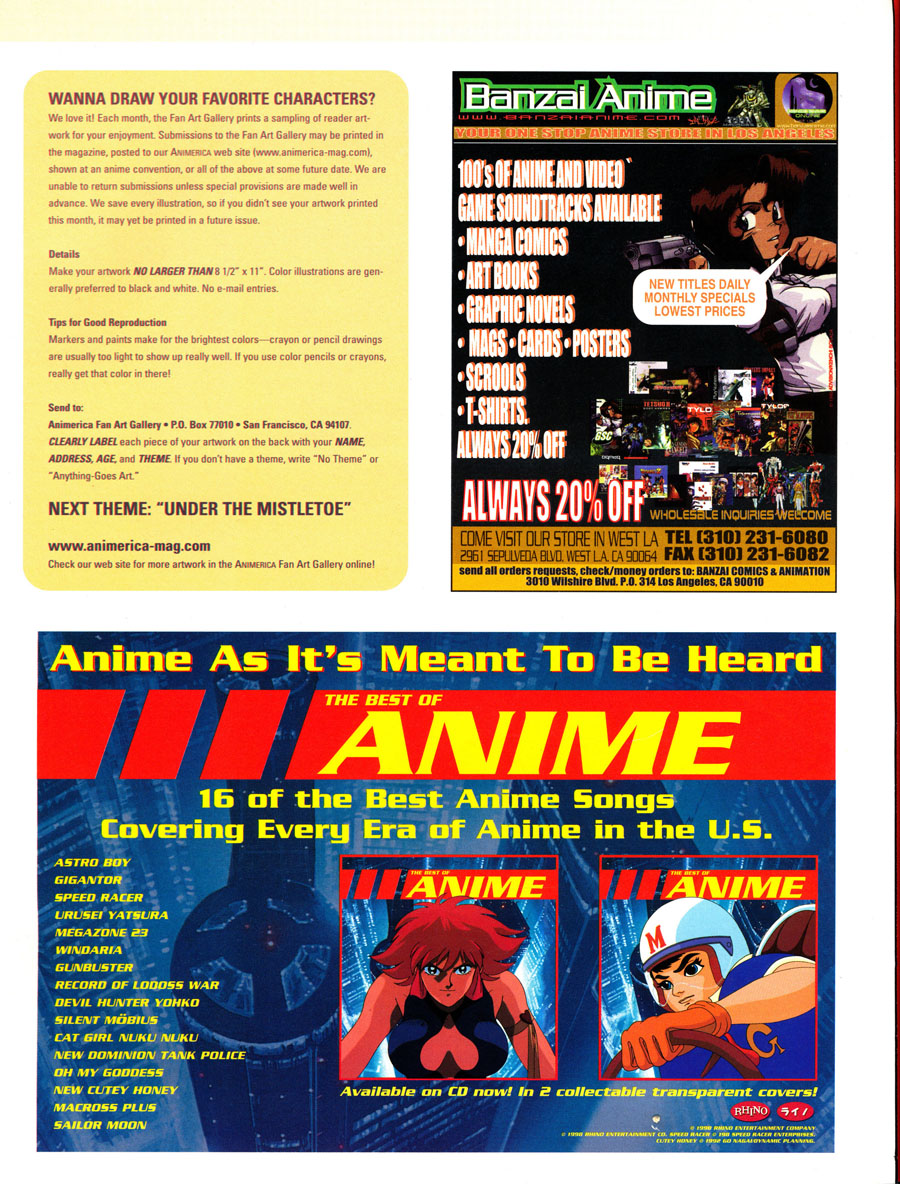 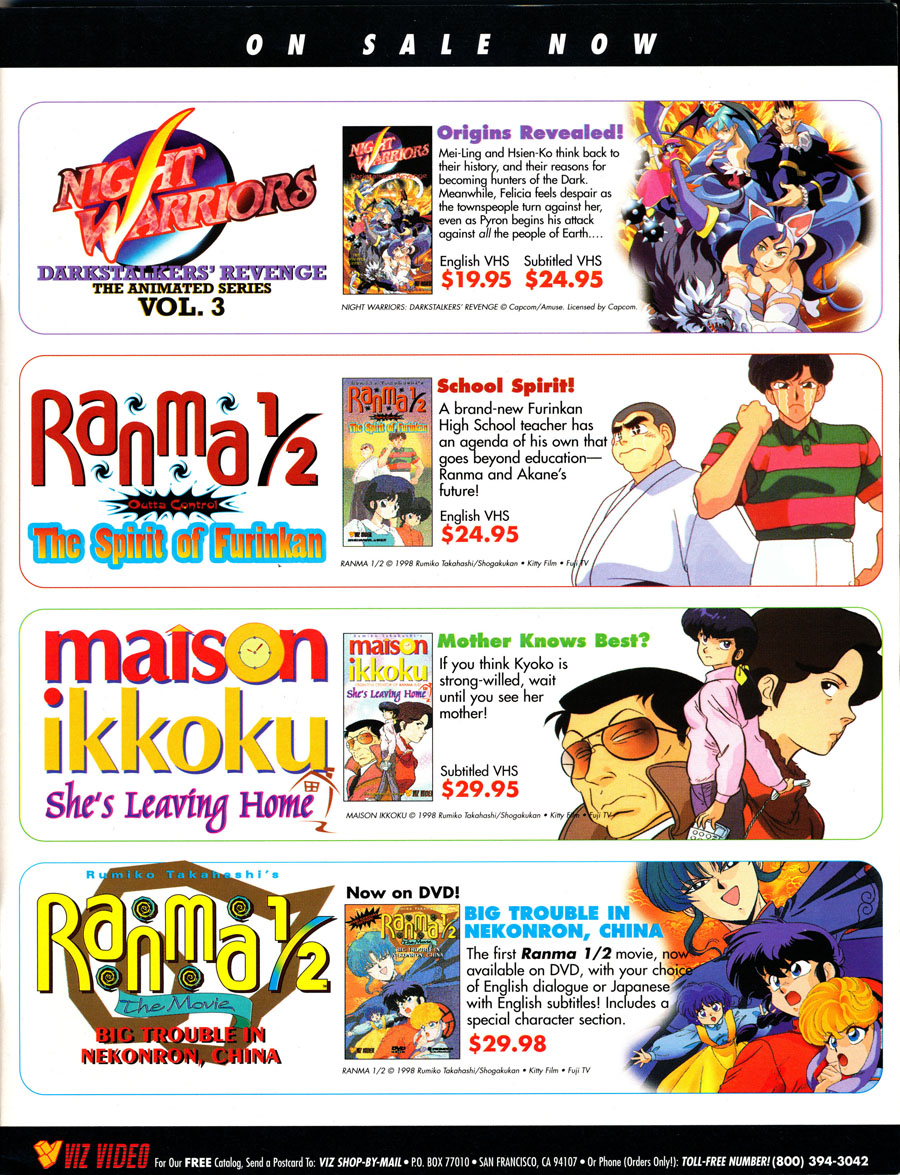 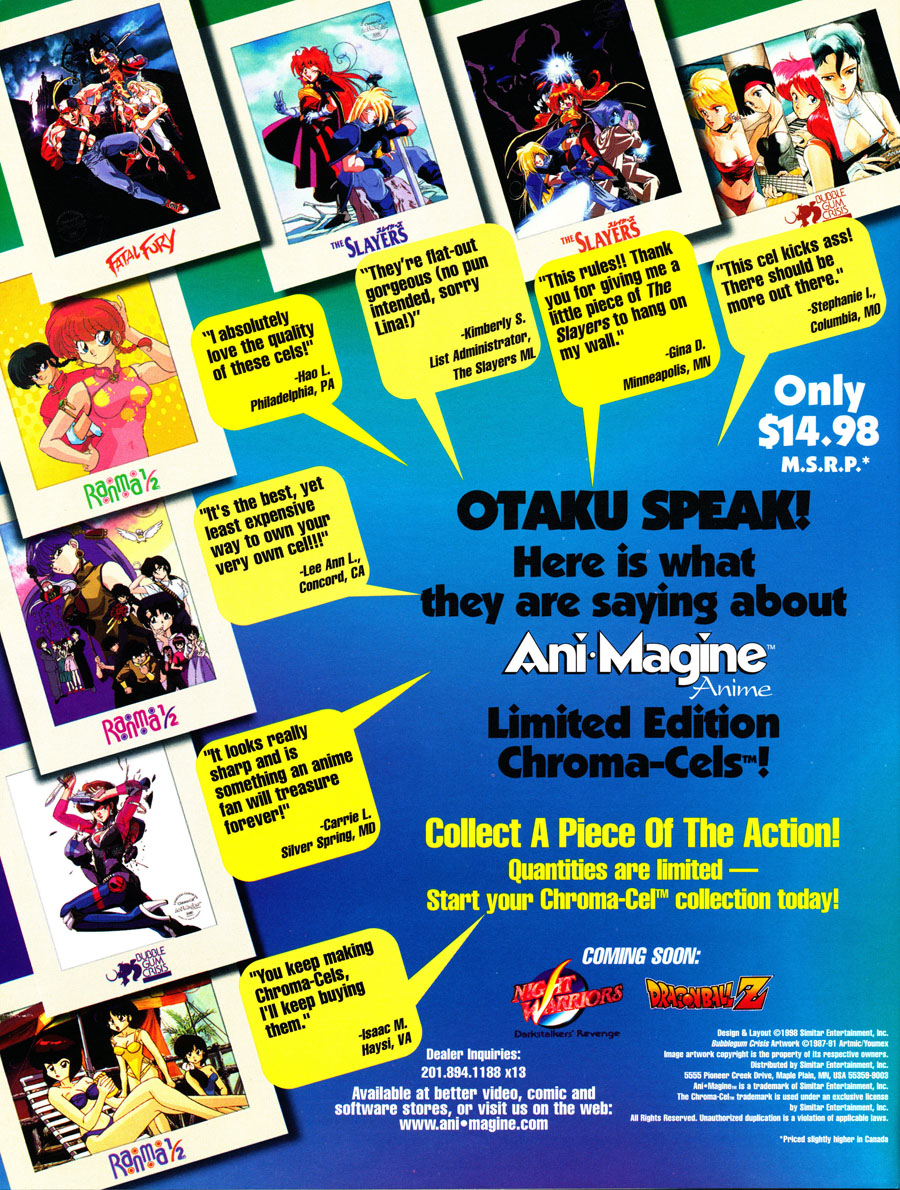 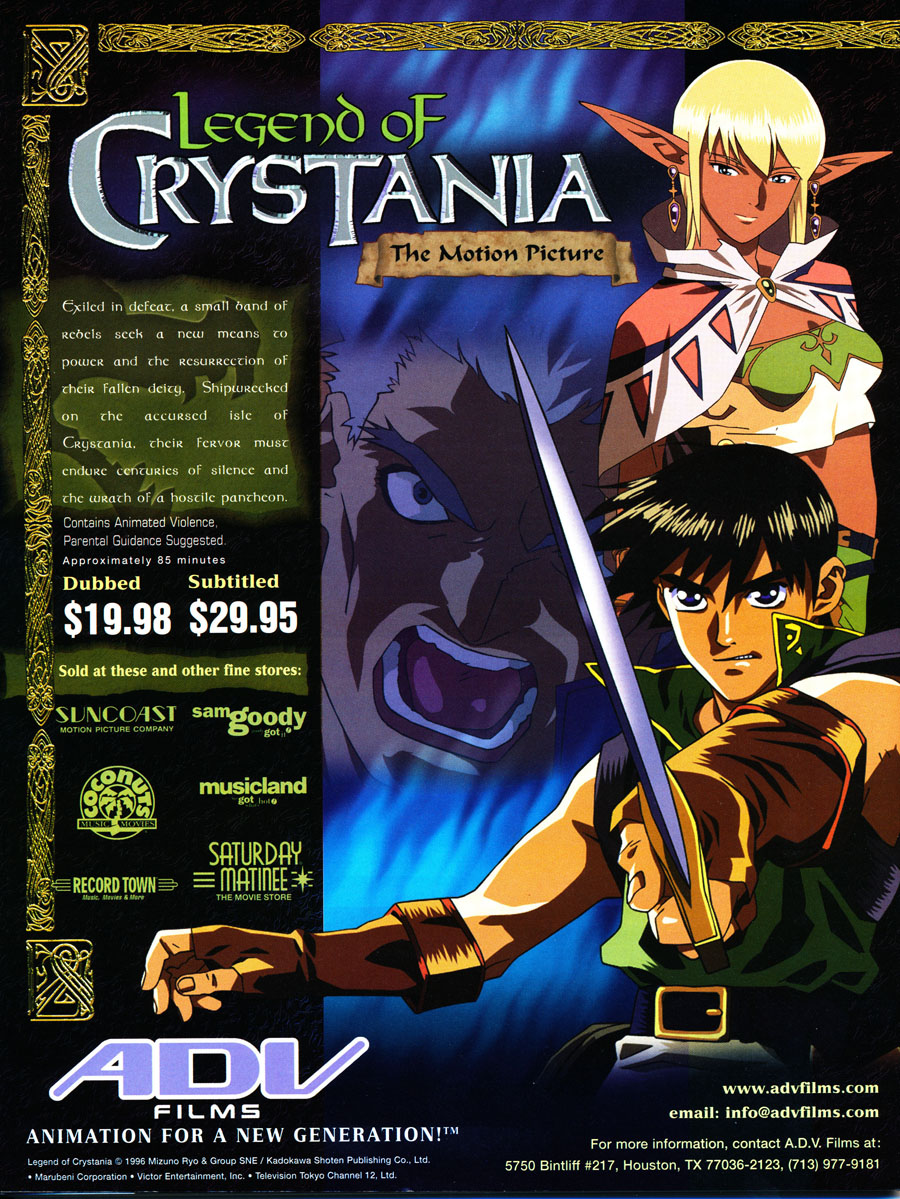 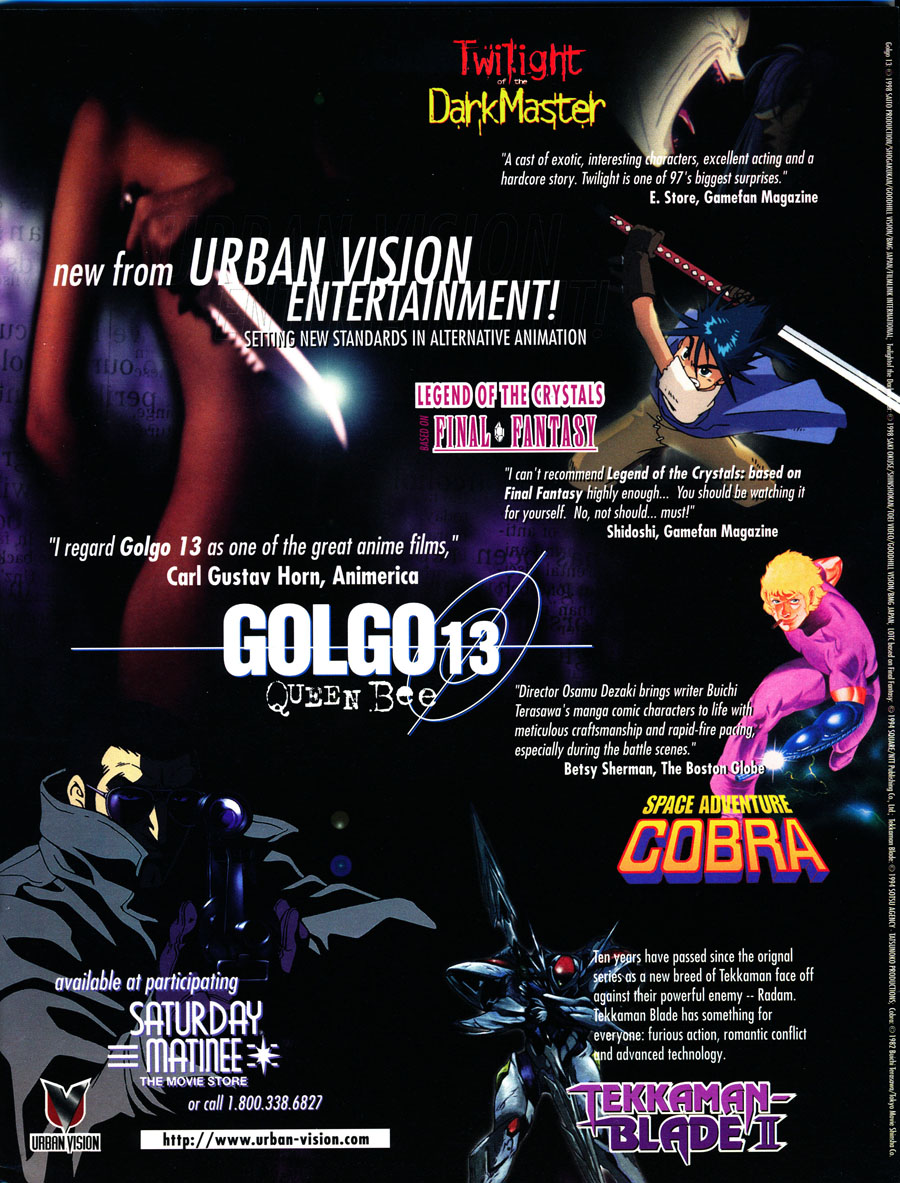 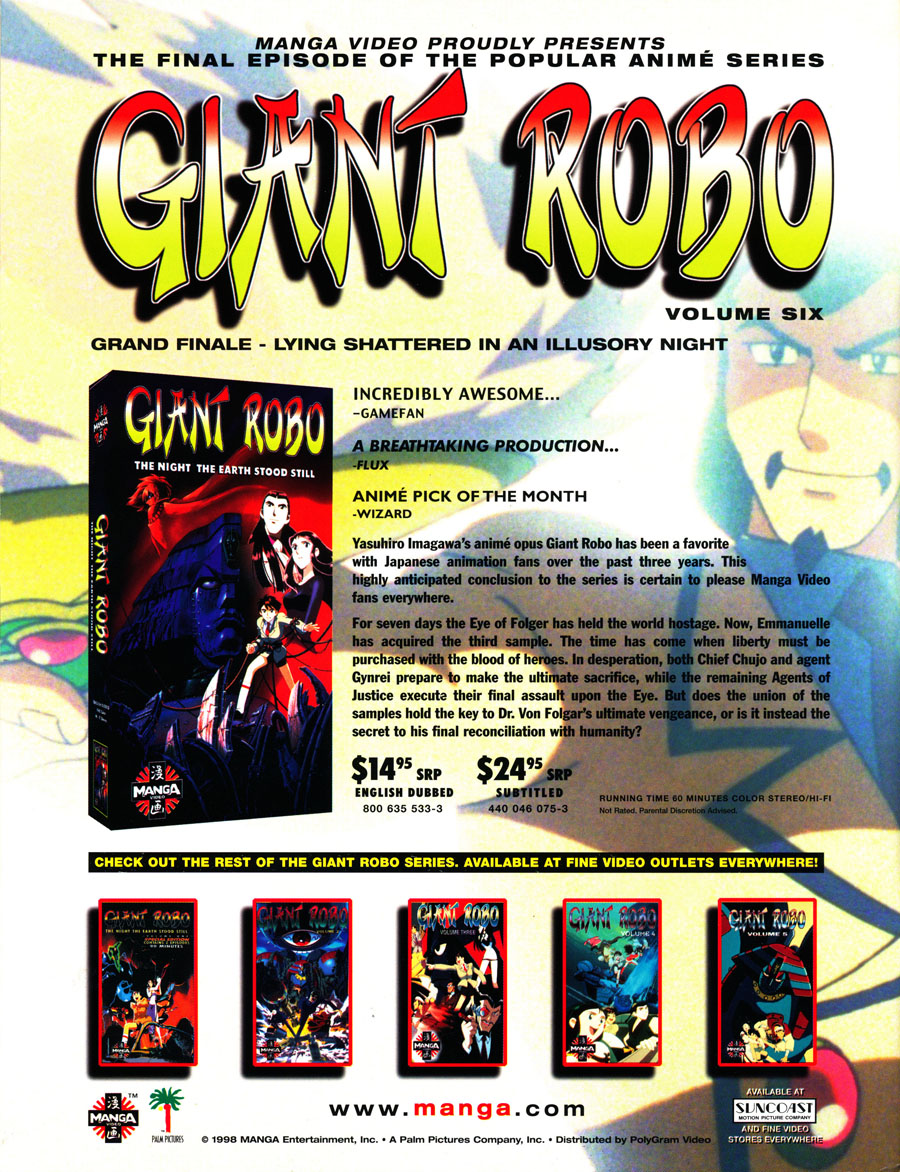 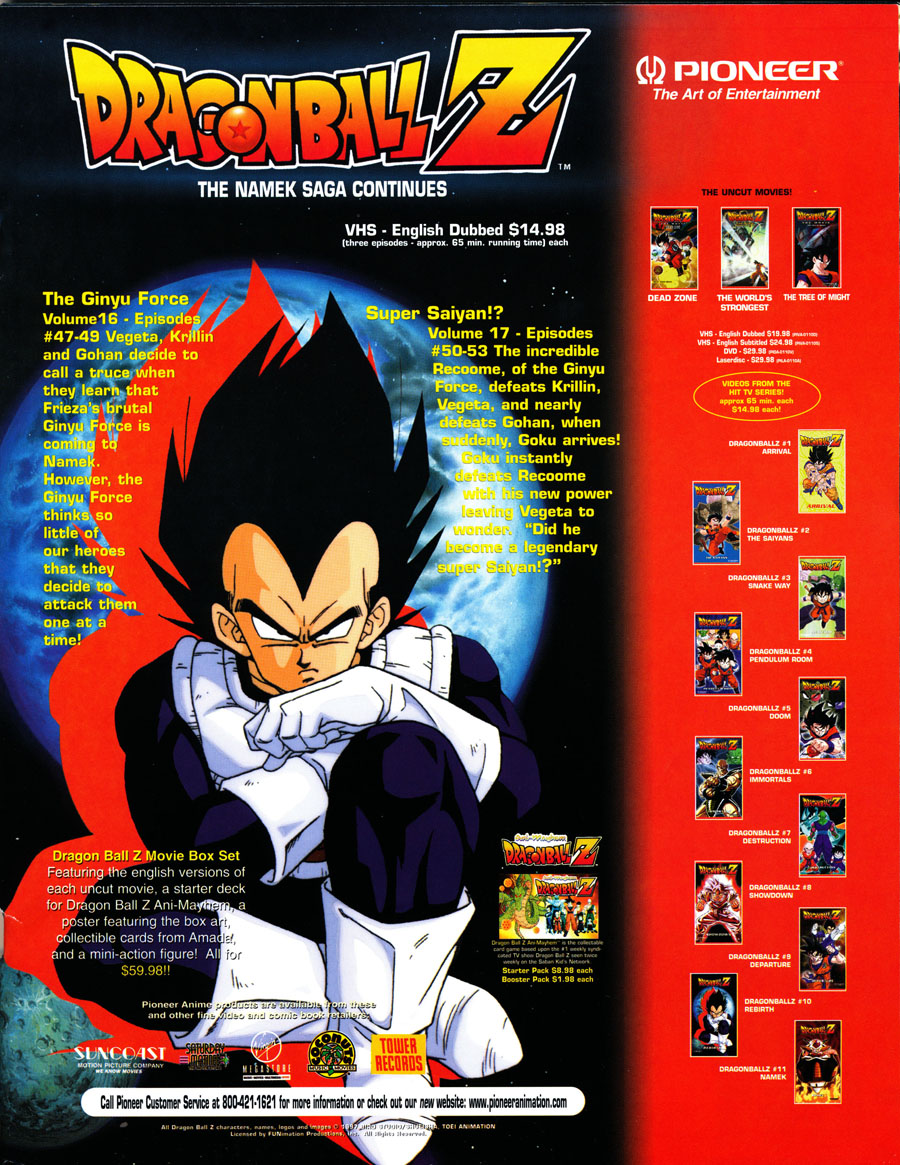 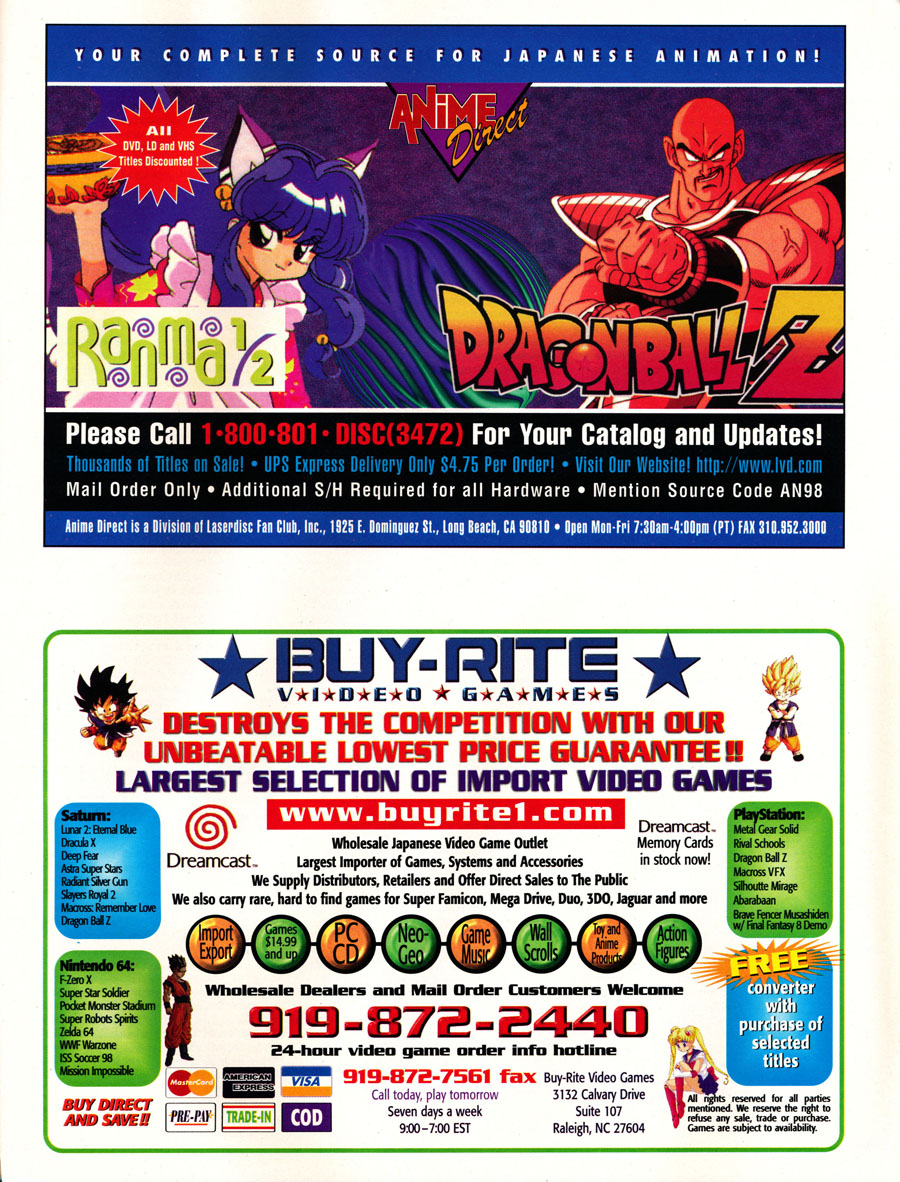 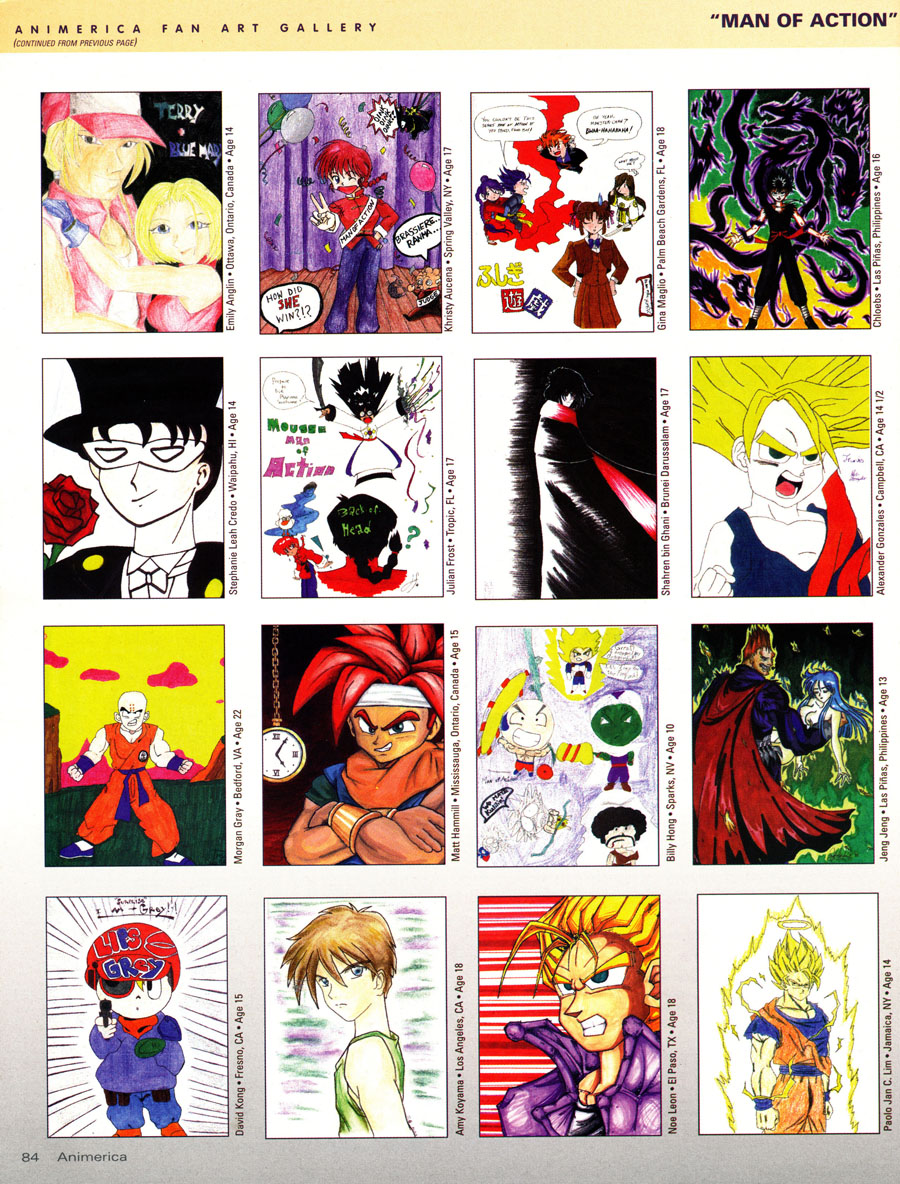 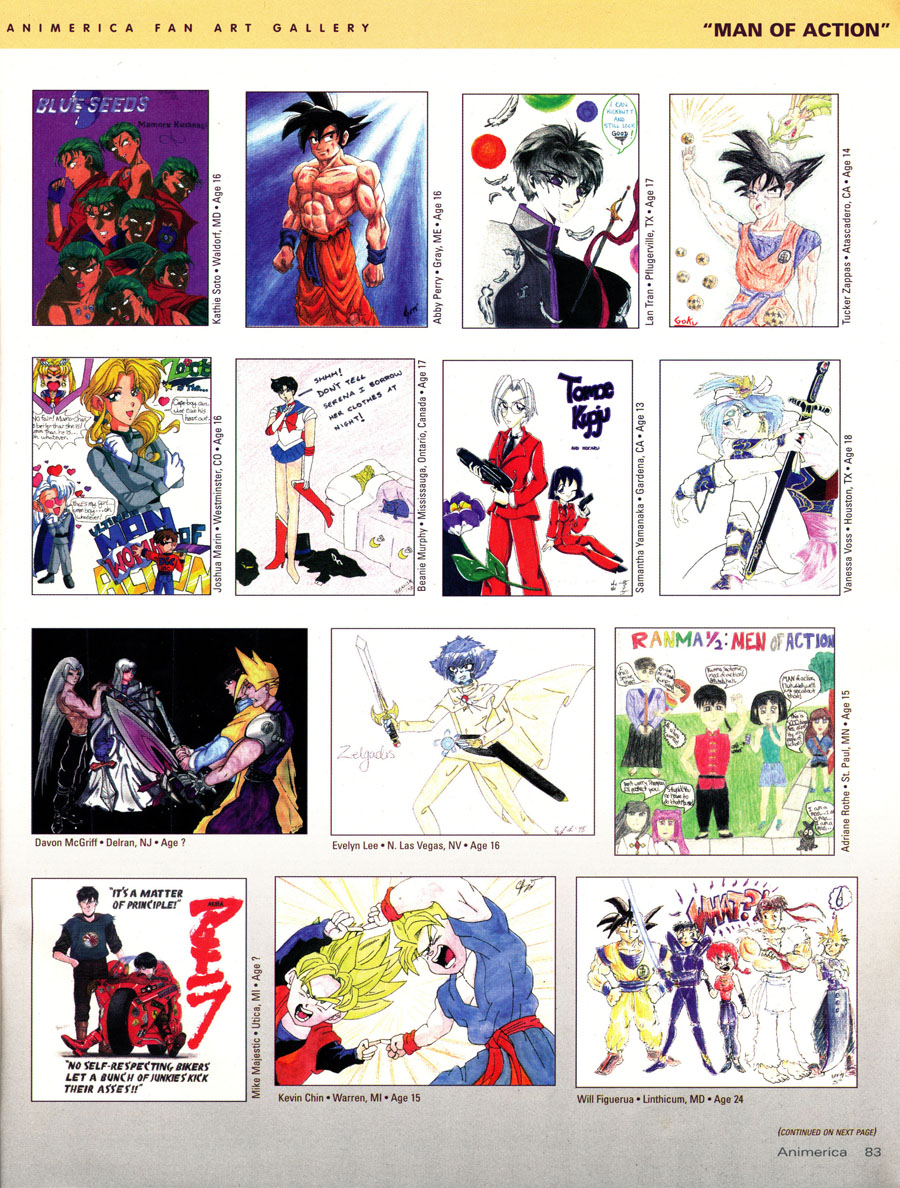 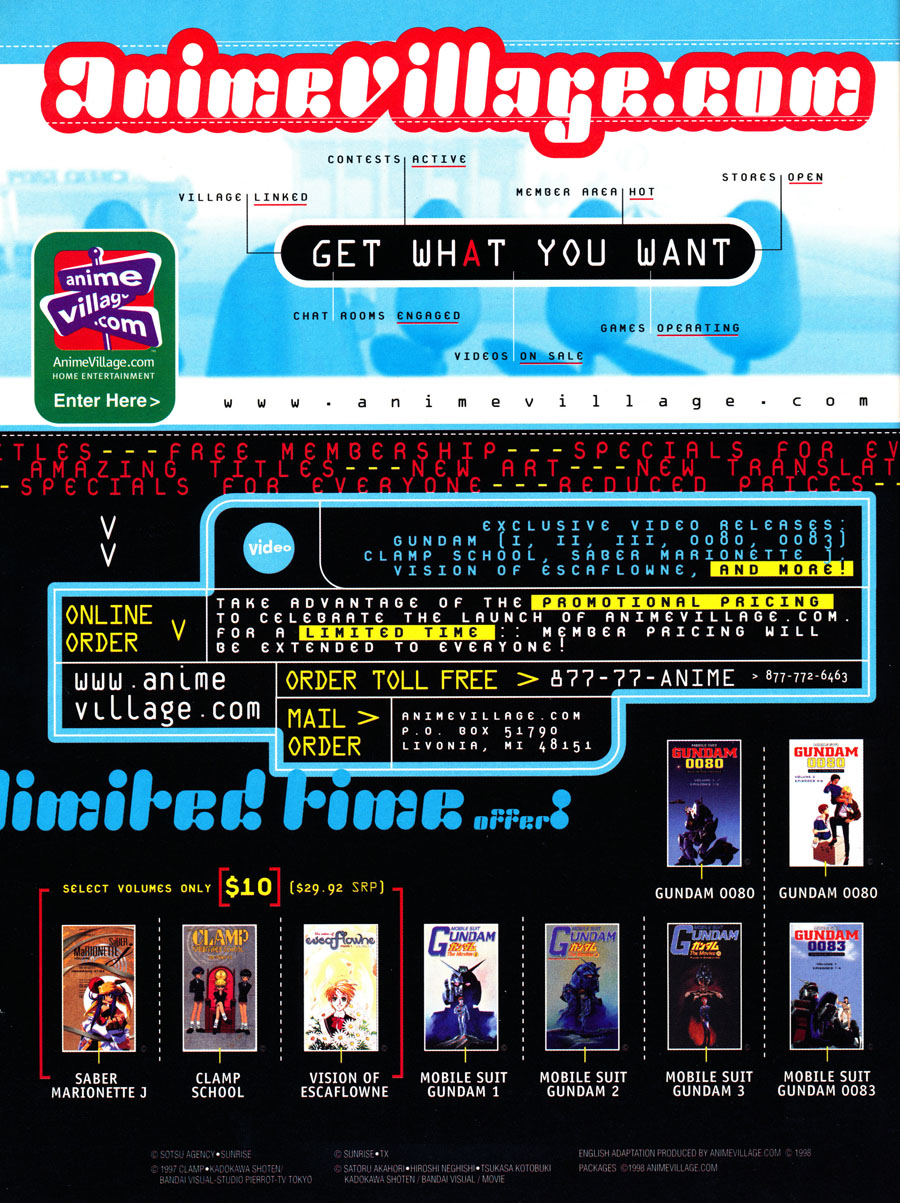 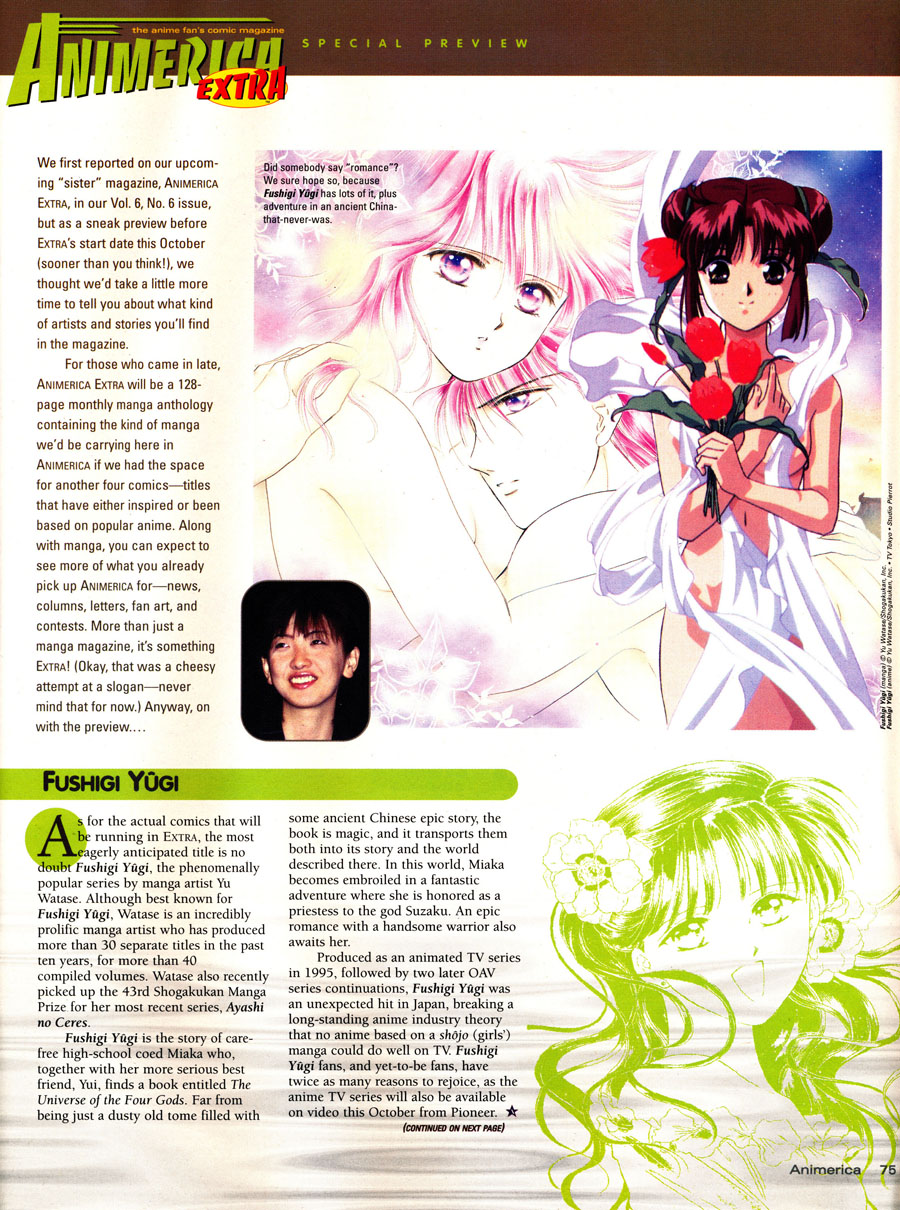 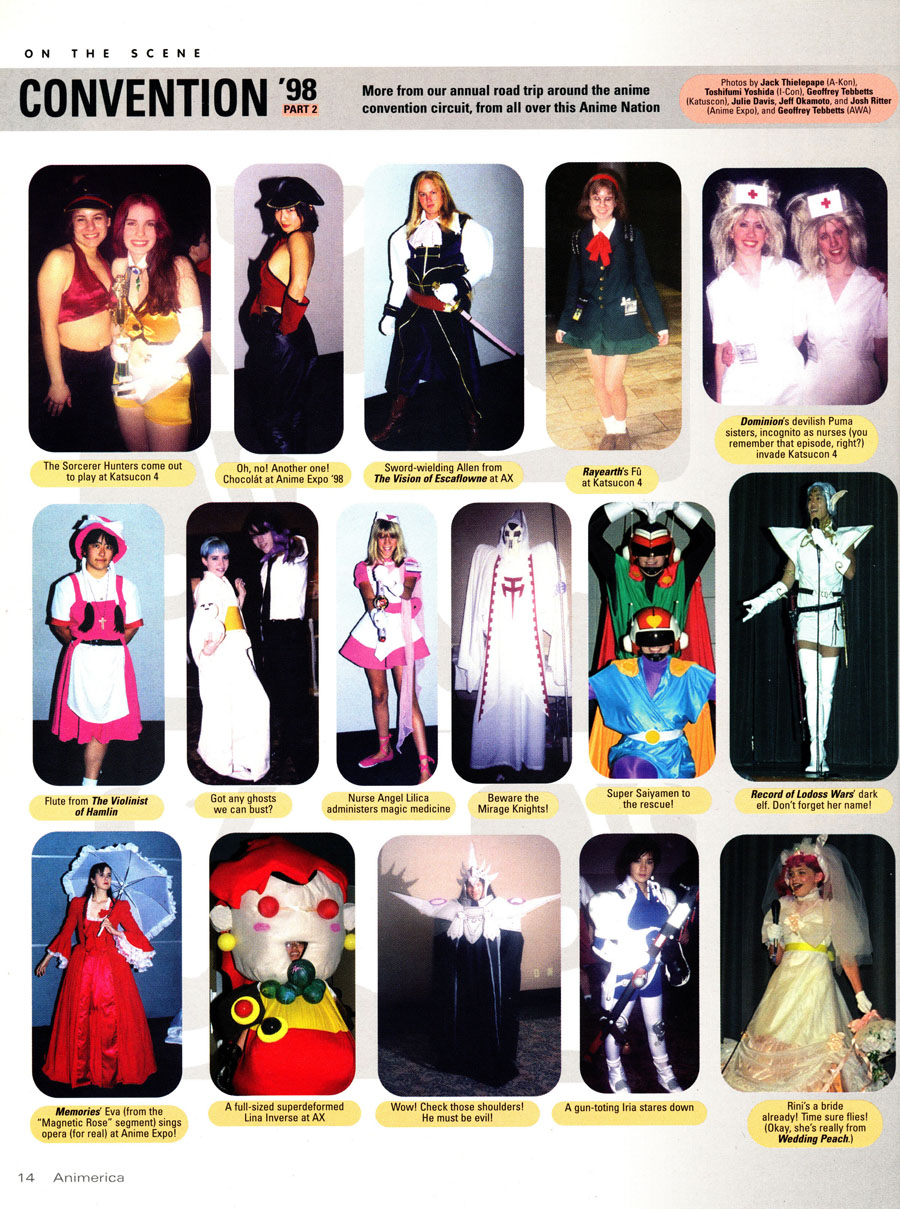 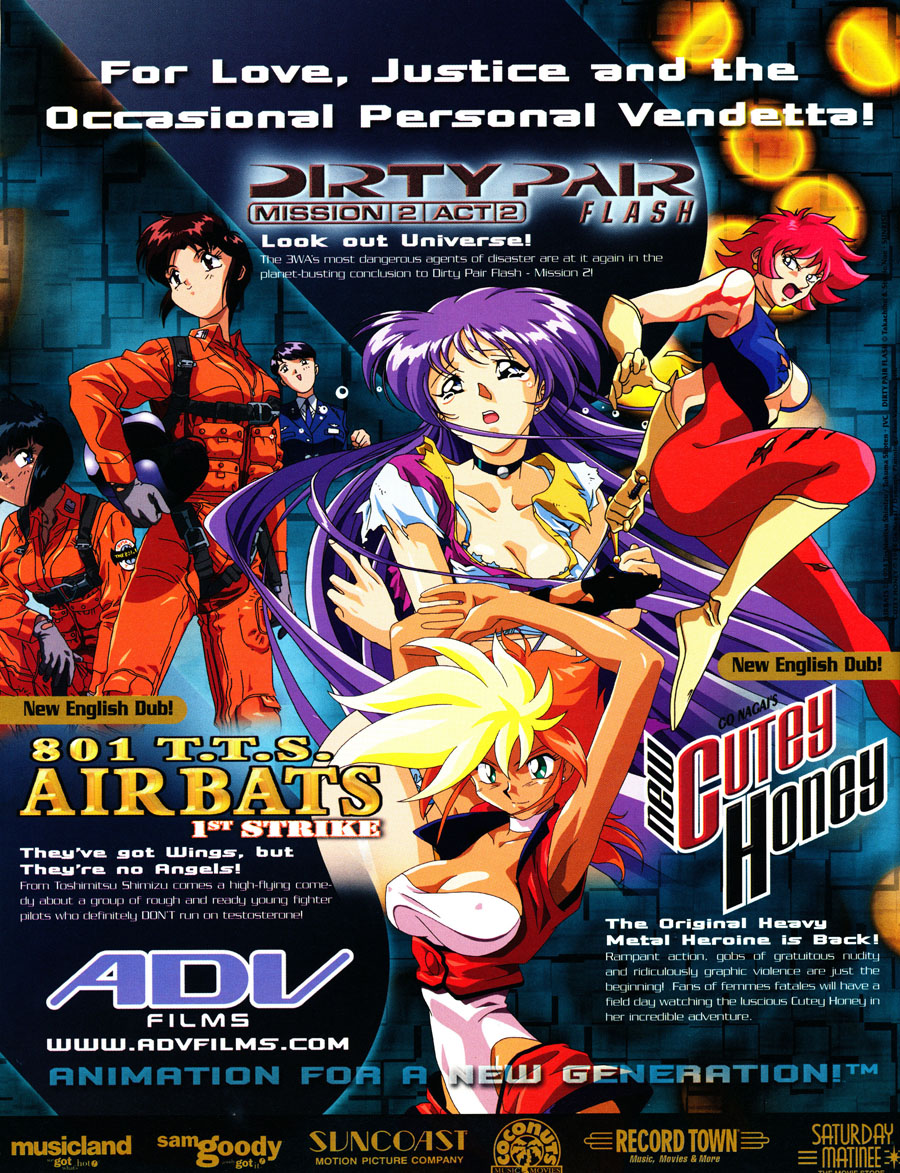