Irresponsible Captain Tylor is one of the shows where I have purchased the series years ago, but have yet to watch it. I know this to be the old school favorite of older fans, but I don’t hear the praises of this title much these days. Maybe some of the old fans suggest this to a new crowd or show it at their regional anime convention/club.

Highlights for this issue: 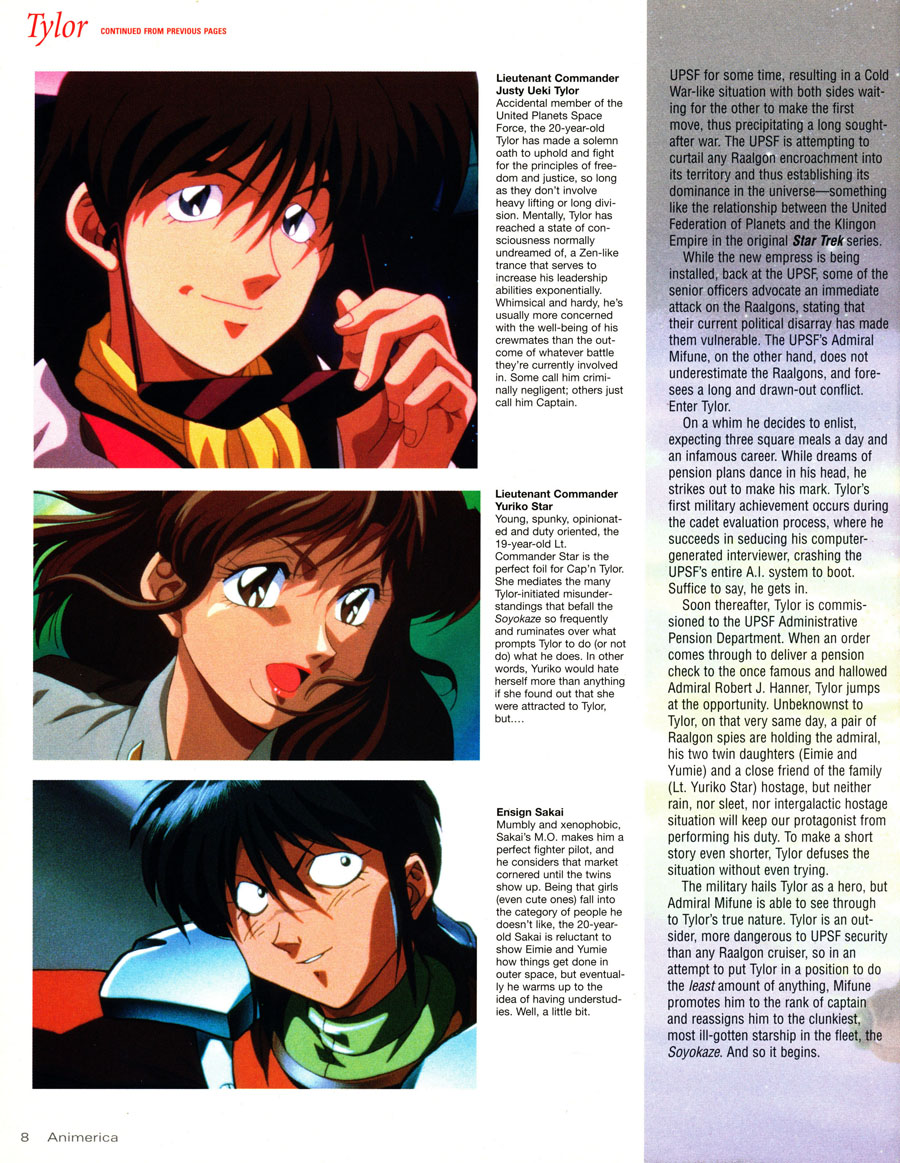